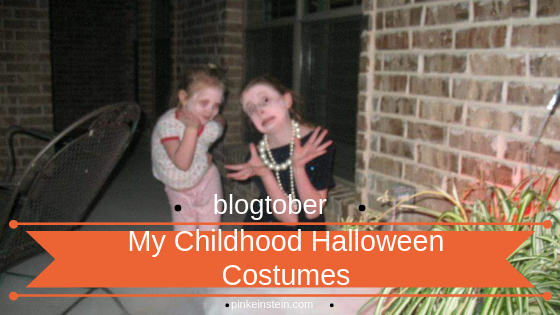 Today is the first day of October! I can't believe how fast this year has gone by. Now that it's October I am in the Halloween spirit! Halloween was always an interesting holiday for me. Up until about fifth grade every year on Halloween my little sister or I would get sick and end up throwing up in someone's yard before the night was over bringing the trick or treating to an end. Although I was always sick I did dress up every year and I have some fun pictures to share! 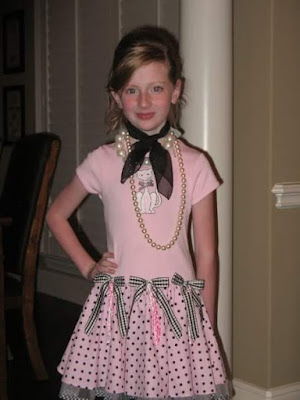 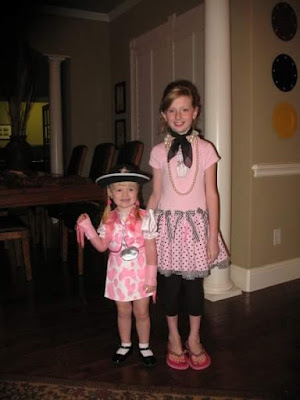 In 2009 (and the two years before that) I was obsessed with Fancy Nancy and dressed up as her in the same exact costume all three years!
2010 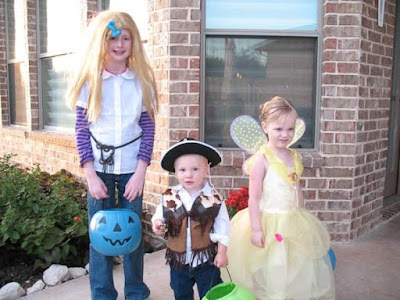 Christmas of 2009 I received my first American Girl Doll, Julie so by Halloween of 2010 (I think I was in fourth grade) I was so crazy about my doll I dressed up as her! I even wore the awful Hannah Montana wig to school!
2011 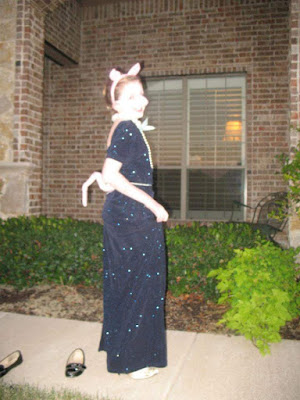 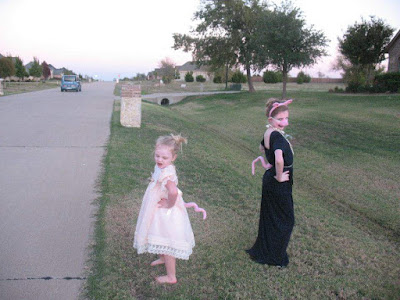 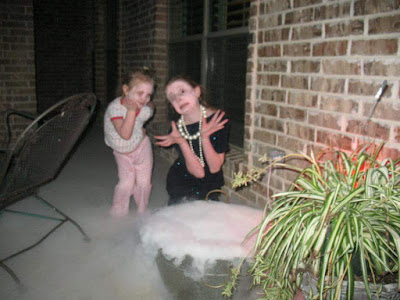 In 2011 my little sister and I had just started showing pigs and loved them so much we both dressed up as Miss Piggy. We wore pink face paint, I wore one of my mom's high school formal dresses and a ton of pearls.
2012 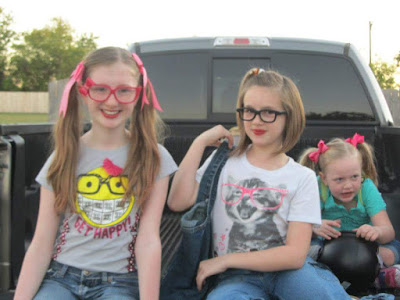 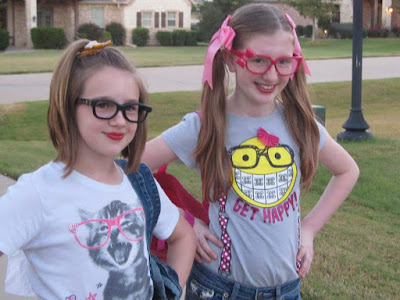 2012 my cousin Jolene (shown in the pictures) had the idea of being a nerd for Halloween and since she was trick or treating with us my sister and I dressed as nerds too.
2013 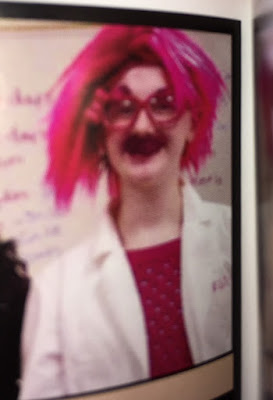 2013 was the year my dad created the character of Pink Einstein so I went dressed as myself in a hot pink wig and lab coat. So sorry the picture quality is awful ,I can't find any better pictures. I took this from my seventh grade yearbook! I still can not believe I walked around middle school all day like this...
2014 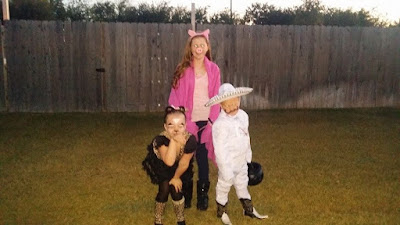 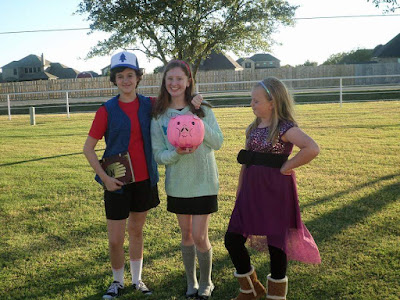 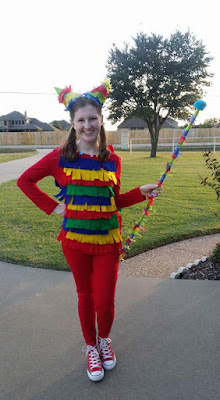 That same year McCray hosted a Halloween party and for the party I went as a pinata! You can see more pictures from the party in this blog post.

So there's a few throwback Halloween pictures! I hope they made you laugh. McCray and I are still not sure what we want to be for Halloween this year but I will share pictures when we finally figure it out.

What are you dressing up as for Halloween?

September 24, 2021
Western and country style has been emerging more within the trendy side of the fashion world recently. Being from Texas, I think it's kind of fun.  Along with bright colored cowboy boots and cow print, you can find many popular fashion influencers wearing western-inspired graphic tees. Today I have rounded up some of my favorites that are all under $40.   YeeHaw T Shirt Wrangler T Shirt //  Cowboy T Shirt //  Cowgirl T Shirt //  Stay Wild T Shirt //  Let's Go Girls T Shirt //  Wild West T Shirt Shilo
2 comments
Read more

July 09, 2021
I just realized I left my readers out of the loop on some of the life changes I have made recently that will be taking effect starting next week actually, so I thought I would share a few updates today.
Post a Comment
Read more

June 16, 2021
I've been challenging myself to style old pieces from my closet in new ways rather than buying as many new clothes as I normally would during the summer and I'm having so much fun with it!
1 comment
Read more

July 26, 2021
I fell in love with this top as soon as I saw it in The Impeccable Pig. The color, the gingham, and the embroidered daisies are too cute!
Post a Comment
Read more